I'd just like to wish everyone who takes the time to look in on my Blog a very Merry Christmas and a Happy New Year. Hope you all enjoy my blog and I will look forward to keeping it updated next year.

Posted by DeeDonSalmon at 5:08 pm No comments:

Spey ghillie and salmon fishing guide, Ian Gordon has teamed up with the Salmon and Trout Association to petition the Scottish Government to try and get the killing of all Atlantic Salmon by either rod or net stopped before 1st July. This would help enormously to conserve what are already dwindling stocks and allow our native, wild salmon a safe journey back to their rivers and spawning grounds.

This is a very good cause and it would be great if anyone reading this with an interest in not only salmon fishing, but fishing in general would sign the petition. Salmon numbers are dropping sharply at the moment due to numerous factors but the sooner the killing of salmon is curtailed the better it. After all, it's a positive step in the right direction. 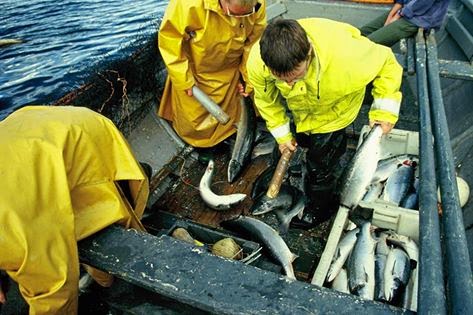 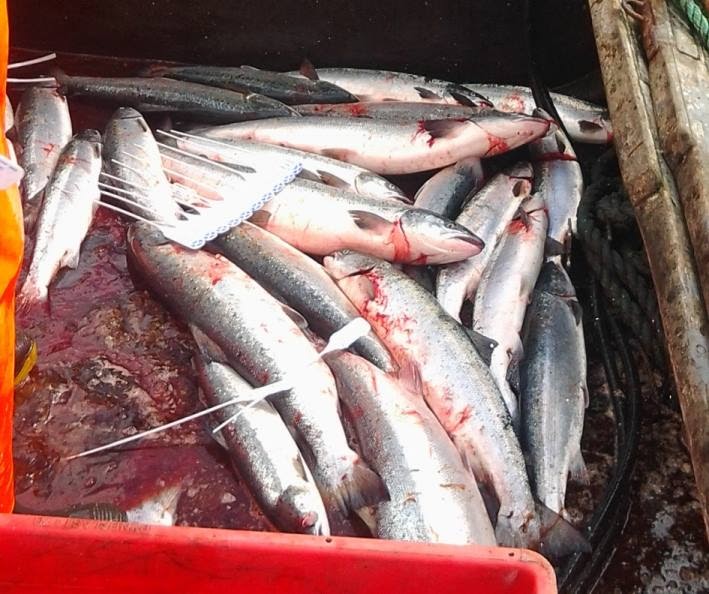 Posted by DeeDonSalmon at 7:57 pm No comments:

The Impacts Of Salmon Farming

Please take the time to watch these videos about the impacts that salmon farming is having on the populations of wild fish in not only British Columbia but where ever they are situated.

These toxic and disease magnets of farmed fish are very dangerous to native wild stocks, not just in British Columbia but closer to home here in Scotland and Ireland too. Lochs and estuaries on the West coast of Scotland are full of these salmon farms and escapes are quite common. Also, the sea lice infestations that occur around these salmon pens are decimating native juvenile fish on their migration back to sea when they get in close proximity to these farms.

It says it all really when the Norwegian Government don't even allow these farms in their own waters yet, Norwegian Salmon companies are setting up in other countries and causing huge amounts of damage to the sea beds and native fish populations.

Watching these films might just open up people's eyes to the fact that these salmon farms are quickly destroying the areas in which they operate. Hopefully they will also make consumers think twice before buying farmed salmon and what impact it has on the areas where they are produced.


Norway, This is how you look in Canada!


There are loads more videos on YouTube on this subject and it has come to a time where we really need to let as much people as possible see just what these farms do.
Posted by DeeDonSalmon at 8:34 pm No comments: